Kenya was among the first countries in the world to wholly adopt mobile money service, MPESA. This service started off as a way for people to receive and send digital money using their mobile phones. Over the years, the service has evolved accepting new features like loans and savings.

Due to its immense impact in society, this service became a giant in the country’s economy. In addition, MPESA managed to grow into new markets and economies outside Kenya. According to the central Bank of Kenya, the success of mobile money in the nation is a strong indicator for the success of blockchain technology in the country.

So, why is the current digital payment system in Kenya a strong foundation for leveraging blockchain?

The mobile money giant, MPESA, successfully removed the need for third-party evaluators when making payments. Similarly, organizations will leverage blockchain to create smart contracts, making third parties irrelevant to transactions. In order to execute a smart contract, a computer code is necessary on top of the blockchain that allows involved parties to set rules prior any exchange. If the rules are followed and respected, the agreement is considered valid and enforced.

For example, using blockchain technology, a pre-set rule would be agreeing to release 40% of the payment to the supplier after completion of shipping procedures. 50% may be released after delivery and 10% after assessing the quality received. These rules can be input into the blockchain technology that monitors progress of the contract. After each rule is met, the payment is released from the digital assets bound to the deal.

See also  What are the different types of corals?

As of 2022, Kenya’s digital currency has existed for 15 years. During this time, the service has been used at different levels of the supply chain for different businesses and organizations. Typically, payments are released at different levels of the contract. It goes without saying that here is a need for transparency and accountability. Moreover, your finances may require real-time tracking to ensure that everything is on budget.

In the current economy, the supply chain is widely dispersed. For instance, raw materials may be collected from one location and assembled in another location.

Consequently, the final products may be packaged in a different location and sold to a new market. Blockchain technology will ensure efficiency of every level of the supply chain while allowing for secure digital transfer of assets.

According to the Central Bank of Kenya, use of central bank digital currency (CBDC) may be the future of cross border payments for Kenya. CBDC is digital money issued and regulated by the country’s fiscal authority and regulated by the government. With this agenda as part of Kenya’s economic future, blockchain technology will perfectly fit in the nation’s future.

Are There Any Drawbacks?

Despite having a promising future, blockchain technology comes with challenges. Some of these drawbacks that investors and crypto buyers should watch out for include:

Blockchain technology is still developing and a lot of changes or adaptations may occur in future. Nonetheless, Kenya’s success in using digital currency may be a sign of blockchain’s success in the economy.

Moving from South Africa to the UK

What are the different types of corals? 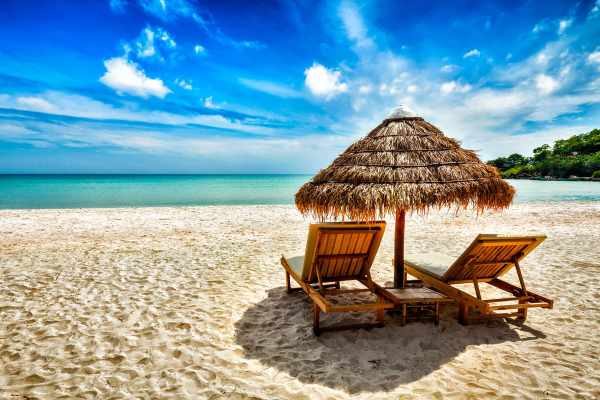