African Green Revolution Forum warns of severe finance gap in African agriculture and draws up a number of priority actions to address the issues. 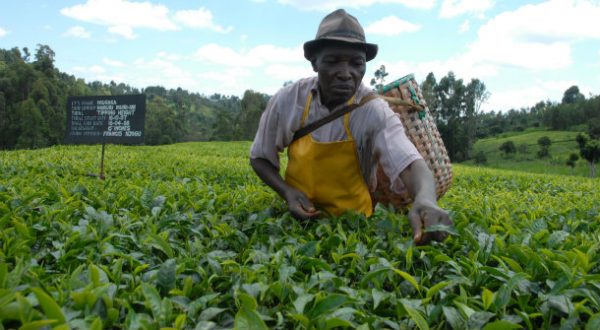 The Forum, which brought together over 200 delegates from across Africa and internationally, focused on the critical role to be played by public-private partnerships and inclusive business models in the development of Africa’s agriculture.

The Forum heard that the global gap in finance for agriculture stands at US$450 billion, an issue which is more acute in Africa than anywhere else.

Evidence shows that only 10 percent of African smallholder African farmers have access to the financing they need to expand their production and raise their income.

Irungu Houghton, Convenor of the AGRF, said: “Throughout the African continent, we are witnessing successful partnerships between the private and public sectors and smallholder farmers. But these partnerships are still too rare.

“We will only be able to transform Africa’s agriculture, and alleviate food insecurity and poverty, if smallholders have the funds to boost their crop yields and expand their business.”

Dyborn Chibonga, Chief Executive Officer of the National Association of Smallholder Farmers of Malawi, said: “Some African governments have gone some way towards addressing affordability and accessibility of production inputs, but challenges still persist.

“Each and every year smallholder farmers are pulled into a downward spiral of taking out high-interest loans in order to buy farming inputs for the following season. Without access to credit, smallholders cannot raise productivity.”

The AGRF committed to focus over the next year on a number of priority actions, including:

·    Ensuring that rising revenues from extractives industries are invested into the development of agriculture;

·   Reducing corruption in public-private partnerships and designing business ventures that are transparent, environmentally and socially responsible;

·    Building the capacity of famers’ associations, finance institutions and agribusiness agencies to work together;

The Honourable Antonio Limbau, Deputy Minister of Agriculture for Mozambique, who formally closed the AGRF, said: “We are honoured and pleased to have hosted this important forum in Mozambique ten years after the Maputo Declaration.

“This forum was a valuable opportunity to discuss practical steps to strengthen capacity and extend the use of modern technology to increase productivity.”

Jane Karuku, President of the Alliance for a Green Revolution in Africa (AGRA) – a partner in the AGRF – said: “2014 is a critical year for agriculture, when African governments will be setting investment targets and plans to develop agriculture over the coming decade.

“The African Union has recognised this crucial moment and designated 2014 as the Year for Food Security and Agriculture. We are delighted to announce that next year’s AGRF will be co-hosted with the African Union in Addis Ababa in September 2014.”

Royal Philips to establish research and innovation hub in Africa