Twenty years ago, solar energy could only appear in books or movies for ordinary people. Now, in 2020, solar energy has been widely used in industrial power generation, household power generation, solar lighting, solar water pumps, etc. Especially this year, due to the epidemic, the price of solar panels has dropped to about US$0.18 per watt. However in 2019, the solar panels price need to US$0.3 per watt. This price of the solar panel is currently the lowest in history. And people can easily buy various household solar lights on Amazon such as solar garden lights, solar led flood lights, solar security lights and solar wall lights. Solar street lights are also common in various roads and public lighting places. The price of solar lights can be as cheap as tens of dollars or as expensive as hundreds of dollars. The solar lamp with dozens of dollars is used in the home, the brightness is low, the lighting time is short, and the life span is about one year. And hundreds of dollars of solar street lights are used in public lighting, which can hit thousands of lumens, stay on all night, and can work for 3 to 5 years or even more than 5 years. When we buy solar lights, especially when buying solar street lights for government projects, we should pay attention to a few misunderstandings that are easy to make mistakes. Some misunderstands are beacause of the customers’ understands, and some are deliberately created by suppliers to confuse customers. The suppliers need to get the orders from the customers while they also need enough profits.

However, the end customers mostly will find problems of the solar steet lights they buy. So in this article, we listed 7 misunderstandings when purchasing solar lights, and also explained the technical reasons for these misunderstandings.

Here we can give you the correct conclusion directly: Led quantity do not means the same led power. In the description of the most of solar lights shop in Amazon, the led quantity is a key specification of the solar lights. Seem more led quantity means bigger power. Somehow, Led power can be set by the solar charge controller of any power to zero. The power of one led chip can be different from 0.2 Watt to 5 Watt or even more. Like the 2835 SMD led chip is 0.2 Watt, Phillips 3030 SMD is designed 0.3-1 Watt, and Phillis 5050 SMD can be set 5 Watt per piece as the highest. And price of different led chips with different brand can also be different from $0.002 to $0.2 (example). So you can find easily that the led quantity can not be the key point of the solar lamps power nor does it represent the cost of solar lights. Same mistakes always happened to the solar street lights bids in Philippines. In the solar street lamp parameter requirements, the number of leds is usually required to be no less than a number.

In the summary of misundertanding one and misunderstanding two, here we also want to remind that the solar lights led power is always labeled much higher than the real led power. Take the solar flood lights in Amazon shop, for example, they have labeled 100 wattage solar floodlights, 200 wattage solar flood lights, and 300 wattage solar floodlights. The so-called 300watt solar flood lights, real led power is 15 watt at the highest. Because you can easily find that the solar panel power of it is only 25watt to 30watt. How can such a small power solar panel can support 300Watt led to power long time lighting? No more than one hour! Another key material is the battery, it is 3.2 voltage battery. As we mentioned previously, 3.2 voltage system can support led power no more than 20watt. So if you deal with serious solar street lights projects for government, the key specification is not led by power but also the luminous efficacy of the whole solar light fixtures. 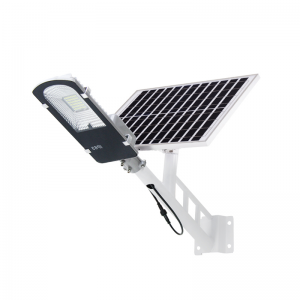 Misunderstanding 3: Judge the charge controller quality by the current simplly.

READ  Now is the time for fintech to thrive

The battery capacity is voltage Multiply by ah. Some customers just request the ah of the battery. It is not enough, we also need to know the voltage of the battery. For instance, the 12 voltage 30ah battery is a 4 times capacity of 3.2 voltage 30ah battery. Normally, small power solar flood led lights and the small power solar wall lights which are hot sales in Amazon and eBay are 3.2 voltage system batteries. But low voltage battery systems can not support big power led solar lights. Because smaller voltage, bigger currency needs to be set to reach the power wattage. Big currency needs thicker wire and will make the solar charge controller easy to be broken. As our experience, a 3.2 voltage battery system supports solar lights led power that no more than 20 wattages. However, led power under 20 watt, we advise using a low voltage system. Because the cost of the 3.2 voltage battery is much lower than the 12 voltage battery which needs a more complicated packing to precess. And the cost of the 3.2 voltage solar charge controller is also smaller than the 12 voltage controllers.

Here we must point out that the solar light has four main accessories. They are Solar panel, battery, Solar charge controller, and light source. A solar cell is a component that generates electrical energy by converting solar energy into electrical energy. Compared to polycrystalline solar modules, monocrystalline solar modules have higher efficiency and lower production costs than polycrystalline modules. There is no reason to recommend monocrystalline solar cells for solar lights, but there are some reasons for the high cost and low efficiency of polycrystals. Batteries are the energy storage devices in a solar system, but solar cells cannot store energy, so the solar lamp goes out immediately when a battery is present. Lithium batteries have a much longer life and less weight than lead-acid batteries. But lithium batteries are more expensive for the same amount of energy than lead-acid or lithium batteries.

Solar chargers are the brains behind solar lights, and public lighting as a whole is growing rapidly, so the cost of batteries can fall sharply. Currently, batteries are more expensive than lead-acid batteries, but not as expensive as lithium batteries. This allows the electrical energy generated by solar cells to be charged in a battery – safely, protected from the sun, wind, rain, or other sources of solar energy. LED is undoubtedly the only source of light for solar lamps and has the highest luminosity. Besides, solar charge controllers can be realized due to the low cost of lead-acid batteries, so that they can control the brightness of the lamp, which can be either dark or weak. LEDs with the same brightness can be used to save the total cost of the solar light. Compared to solar cells and batteries, LED removes the low-

And the 3 key points to judge the quality of the solar lights are the brightness（lumens), the lighting time in the night, and the cloudy days and the life span. The main material that determines the life of solar street lights is the lithium battery. Once the battery capacity is not big enough or the battery is not good quality, the life span of the solar lights can be no more than one year. So the samples can work well in several months but its lighting time will drop down later in one year.

Now is the time for fintech to thrive 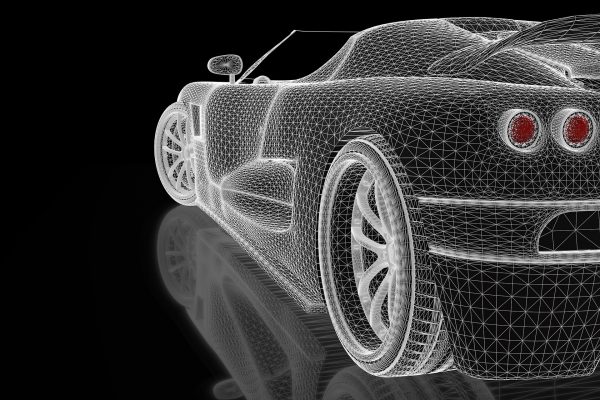 What Makes A Successful Business?

Whether it be an owner who has years of industry expertise, or perhaps a great staff that can sell your...